The title actually sums up pretty well this project for me: It’s been a while! ^^ Over three years since I posted a raw scan of this book:

At first I didn’t dream about scanlating it: it's a beast of a book, nearly 180 pages long, full of ancient names and archaisms. But I was so enchanted with it that after a few months I rolled up my sleeves and got to work on translation. It wasn't easy, but it was a great challenge and I had a lot of fun with it. But it got harder and harder along the way and finally somewhere around 100 page I stuck. It wasn't that dialogs suddenly got more difficult. It just turned out the book I loved so much wasn't actually that good...


When I first "read" it three years ago, I had only praise for it, listen to my post from back then:

An epic tale, well written and composed with great skill, compelling portrayal of a fugitive, avenger, but in fact a very confused man. I really love Magoichi in this story, that he's not any superhero, but so human, fragile, so full of emotions. I think there's a fair dose of psychological truth in his characterization.

All in all it's an amazing book, one of the best doujinshis I've read.


I was impressed, as you can see. ^^ But it’s pretty clear that I didn't read into the book too much, more like browsed through it and was understandably awed by the top notch art.

After months of toiling over translation and reading the book through and through, I can say it has some of the most epic action scenes I’ve seen in a doujinshi.

And for them alone it's worth reading.


Remember "Samurai Warriors" vel "Sengoku Musou"? That game like Sengoku Basara, but with less fun and more costumes? If you don't, maybe you should stop reading here. ;D


I still haven't played it, but I'm still fond of some of the characters, especially two the most ornately dressed ninjas in the world: Fuuma Kotarou and Hattori Hanzou.

As you may remember, they are the main characters in one of my most beloved doujinshis, "Depth of underskin" by GD Mechano. I was searching for months in hope of finding another doujinshi with this pair, but all I ever found was something like three titles, one of them a novel, one some absurd gag story and all of them looking utterly awful. I gave up finally and accepted (with some pain) that this was a one time thing and I'll never find another book with those two that would be... well, at least decent.


But recently I've read "Depth..." again and just for the heck of it checked Yahoo auctions.

And I found this: 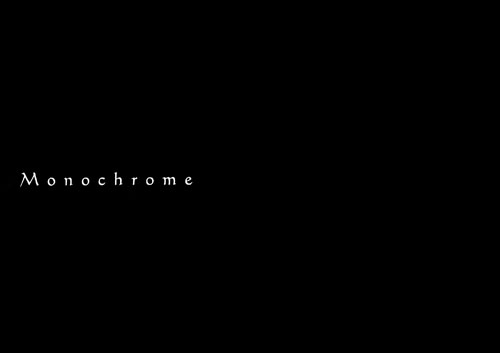 Didn't look very promising, I admit, but the fandom was right, the characters too, which is so rare by itself, that I decided to buy it.


And I didn't regeret it. It's very short, no yaoi, the story nowhere near as twisted as in "Depth...", but it has my fancily dressed ninjas looking NICE in it and that's enough for me. ;D

Acctually this book has a little history for me.


When it first appeared out of the blue on a Yahoo auction, I couldn't believe my eyes. A new book by Izumi Yakumo after three long years of silence?! And a Batman book to that? And I was beggining to think that she gave up doujinshis altogether and we'll never see another one again! Ah, that was a happy day! ^_^

I got more excited when I read the auction's details: book freshly issued, over 140 pages (huuge! :D), not a reprint! I was overjoyed, but astronomical price held down my enthusiasm - that wasn't something my piggy bank could bear (it went for crazy prices, reaching 8000 yen! Crazy, right?!)

Another problem was that no-one seemed to know what was Izumi's new artistic name, so it was virtually impossible to find her at comic events (my proxies failed three times!). So it took me a while, a lot of effort and nerves to get this book, but before I did I put my hands on another of her new doujinshis, "Deux ou trois choses que je sais du nuit" (I scanlated it some time ago). And from a flyer sold together with it I learned deux ou trois choses about "the big Batman book", as I called it.

But I wasn't quite sure what to make out of what I read: before the re-launch, Dick Grayson, BFTC, NTT, Jason Todd, Damian... I felt like I needed a translator. ;) And I knew where to find one. 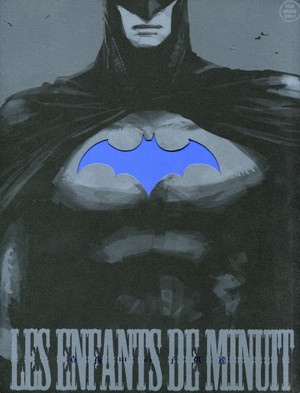 I can't believe how long it took me to finish this. Not the work itself, because the book is fairly short, but counting in all the distractions (like watching old cop shows from the '70s XD) it came to a few months... ^_^' I should be able to do five books like this in this time...


Anyway I was so slow that I missed my spot and I'm coming with this winter story now, when it's already spring. Well, technically, because it's really hard to tell with all the snow outside... -_-' Yeah, I don't know how about you, but we had a real White Easter in my country this year. But it's still Easter, so people were making Easter bunnies and eggs out of snow. :D


And today it's snowing again. But somehow it makes the perfect timing for this book, because the weather we're having here is very similar to the one in the story - it's snowy, slushy and generally unpleasant. :/

So let's forget about spring, birdies, flowers, budding trees and so on, and imagine it's still winter, a cold, snowy day in the city of New York. The city where we can encounter these guys: 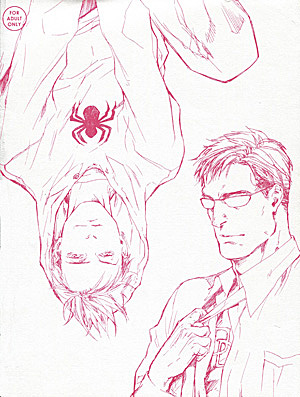 This time I have a request.

I was lucky to purchase lately a few books by my favourite artist, Izumi Yakumo (former GD Mechano) for "Sherlock", the BBC series.

I would love to scanlate them, but I'm not that crazy about translating them myself (I haven't watched the series yet and I don't think my English is good enough to write dialogues for an icon of the British culture, especially translated from Japanese... ^^').

So basicly - I'm looking for a translator. ^^

Here are the books:

The first two make a two part story "Dramatic" & "Melodramatic" (adult only) and the one on the right is titled "Melting point" (PG I guess).
There is also a fourth book on the way, but I'll get it in a few weeks.

If someone was interested in translating any of these books, please send me a PM.
Joint projects possible, although I'll have some conditions.

Thank you for reading! ^^


As you know my favourite artist has a tendency to 'hide' her often remarkable works behind rather inconspicuous covers.
Not this time. 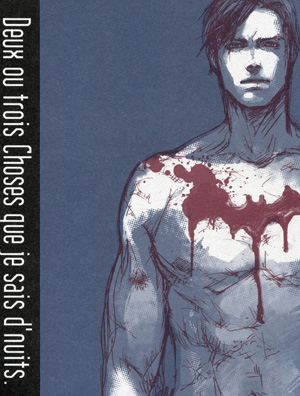 
And now a book I'm much more excited about then the previous one.

First of all it's a doujinshi by my favourite aritst - Izumi Yakumo. And it's a new book, released this year!

As you may or may not know, after a few years of silence she came back to writing doujinshis. And it's a great comeback, a real explosion of creativity which brought 8 fresh new, gorgeous books! *____* (<-- that's how I looked in May, when I found out about it XD)


This is one of them. Very fresh, released this September. Short enough for my third rate translation skills, so it's a scanlation. 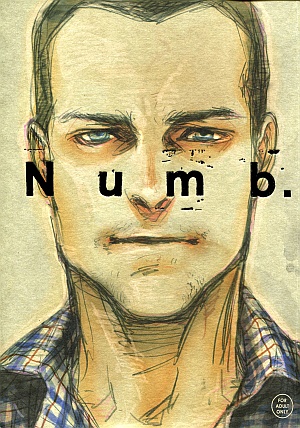 I haven't got time for LJ lately, what with my moving out and so on. But I've finally settled in in my new appartment and just got a few days off work, so I thought it's time to look for some nice 'scanning spot' in the new place. ^^ (let me tell you, it's quite important to find the right place for your scanner (and yourself) before starting scanning, unless you want to end up with a sore neck, shoulders or back, or all of them at once, which happened to me a few times, thank you very much -_-')

Happily it turned out my new place is 'scanning friendly'. XD
So here is the first of the books I used for the tests - not surprisingly, one by my favourite author, Izumi Yakumo. ^^ 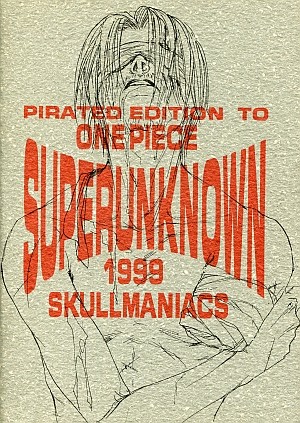 It's hard to believe, but I think it's the first "One Piece" doujinshi I've ever read. I passed even on those gorgeous books by Kyuugou. ^^'
Not that I have something against the fandom. But the thing has a few hundreds episodes, tons of possibly interesting characters and the look of a series that's easily addictive.

Anyway I always thought it's better to stay away from it, unless I have a week off to watch the whole thing and a load of money for doujinshis I'd be bound to start amassing. ^^'


For now I have neither, so it's quite possible I'm going to stay with this single book (well, acctually there is another Skywalker XD).

I'm still in dire need of money, so I have no other choice but reach to my treasure box and sell one of my most cherished doujinshi:

.
It turned out I'm going to have to move - which means: I need more money and less stuff. ;) So here I am with my first 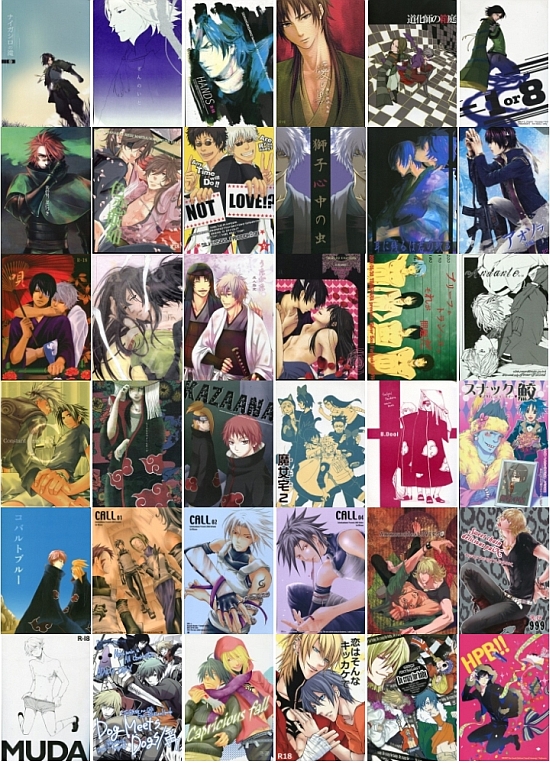 If you're interested in any of the books and the title isn't listed (I didn't have time to decipher all of them ^^'), it's enough if you tell me the fandom and number of the book.

Thank you for stopping by! :)
Collapse